The villa was built in 1929, in the middle of one of the quietest districts in Prague, in Bubeneč, on the left bank of the Vltava river, which was established as an residential area since the second half of the 19th century and was a popular location among important personalities of Czech culture. At present, this part of the city is mainly home to embasies and residences of ambassadors from many countries. The villa is located near Prague Castle and a large park, the Stromovka Royal Park.

The construction of the villa has been going on since 1928, when a building permit was issued for its construction in February of the same year. The building was located on a plot, plot number 789, with an adjacent ornamental garden.

The construction work was provided by the engineerig company Dr. Lampl and Fuchs from Karlín, Prague.

Architecturally, the building falls into the period of European modernism of the 1920s and 1930s. The villa was designed by a prominent Viennesse architect Ing. Rudolf Eisler.

Architect Ing. Rudolf Eisler (1881–1977) graduated from the State Industrial School and then from the Academy of Fine Arts in Vienna. As a young architect, he participated with Rudolf Sowa in many constructions of school buildings in Austria and in the countries of the Danube monarchy. After the First World War, one of his most important works was the design of the Austrian National Bank building, from 1923 to 1925. Later, Eisler carried out some important construction projects, such as Vienna ´s Margareten district,  Siebenbrunnengasse 19–21, residential houses and the Evangelical Church in Vienna. From 1941 to 1944 Eisler worked in Vienna in the field of urban planning and reconstruction.

Despite his variety of tasks, his work has a unified style. In his pre – war proposals, he went from the late Art Nouveau style to sober neoclassicism. 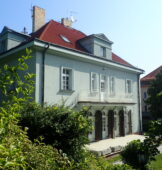 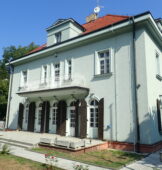 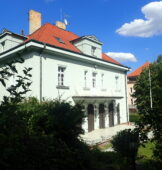 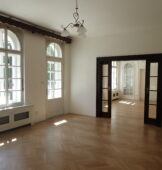 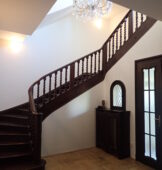 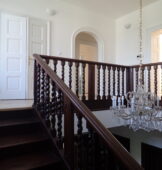 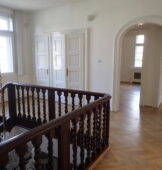 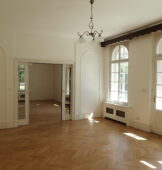 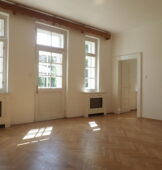 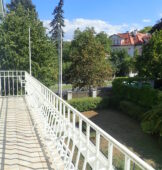 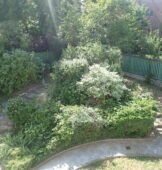 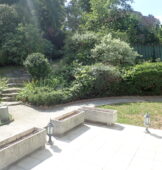 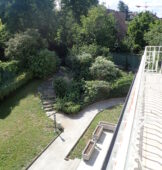 History and use of the villa

The willa was originally designed for Walter Brock, who was born 1900, and his wife Catherine. Due to growing political tension in Europe in the 30s of the 20th century, which was associated with the radicalization of the international political scene, the Brocks decided to emigrate to the United States.

Another owner was Vincent Brenner, who also became the last owner of the villa, before it was transferred to the national administration of the Czechoslovak state in 1984.

In 1968, the villa was transfered to the use of the Services Management of the Diplomatic Corps, which was later renamed the Diplomatic Service, contributory organization of the Ministry of Foreign Affairs of the Czech Republic.

Since 1972, the villa has been leased to the Embassy of the Arab Republic of Libya.

From 2000, the Bolivian Republic of Venezuela used the premises of the villa as a residence until 2018, when the Embassy merged with the German and moved out of the Czech Republic.

At the turn of 2018 and 2019, the Diplomatic Service provided an extensive reconstruction of the building´s interior as an investor. Since February 2019, this villa has served as the representative residence of the Ambassador of the Argentine Republic.