Bankers Mr. Karel Prokop and Mr. Ferdinand Bouda bought the building plot, even with the rough construction started up to the basement level, from the builder Mr. Josef Karhan on August 17, 19281. According to the contract, the right of repurchase for the Capital of the City of Prague was tied to the land in the event, that the construction of a family house on the land was not completed within two years of the signing the contract2.

Both bankers ordered the completion of the family house to the original owner of the plot, Mr.Karhan, and, on May 27, 1929, they obtained the permit3 „to live and use the house“ in Střešovice with descriptive number 666, in the street near the Buštěhradská railway crossing, later named Pod Hradbami.

After ten years, the house was sold to the bank director Mr. Karel Nowotný, with the then adress Na Příkopě 37 for 2, 5 times the original purchase price. The price was paid in cash4.

The construction of the villa was completed by the original owner and builder Mr. Josef Karhan according to the architectural design, developed by Ing. Vilém Beer5. Vilém Beer was born on April 12, 1900 in Pilsen and after studies he moved permanently to Prague, where he opened a studio in Nekázanka 8. At the end of the 1920, Vilém Beer moved to a better adress, when he set opened an office in the Fénix Palace on Wenceslas Square. In Prague architect Beer designed two family houses in the residential area of Ořechovka in Střešovice, and one of them is villa in Pod Hradbami Street no. 666.

Beer had not only Jewish origin, but, unfortunately, also tragic fate, in common with his clients. Most of builders were affected by Nazi anti-Jewish laws; first they were deprived of their dignity and later of life in concentration and extermination camps. Vilém Beer himself was transported to Terezín on March 9, 1943, and then to Auschwitz on October 28, 1944, where he joined more, than a million local Holocaust victims6. 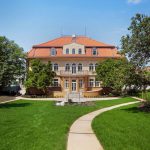 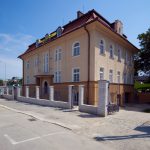 Use of the residence

The owner Karel Nowotny transfered the property to his minor children Otto Herbert and Karel Alexander Nowotny. The house was confiscated from Jewish children, who did not survive, after the end of World War II, on the basis of Decree of the President of the Republic 19/5 1945 No. 5. Coll. The villa was first transfered to the Administration of the Diplomatic Corps services in Prague and in 1946 the ownerships right was registered for the Czechoslovak State – the Ministry of Justice. An official apartment was set up in the house for the Minister of Justice Dr. Alexej Čepička7, who was politician of the Communist Party of the Czechoslovakia and son-in-law of Klement Gottwald.
Later, employees of the Ministry of Foreign Affaires of the Czech Republic and Slovak Republic were accommodated in the residence. The entire property is currently used by the Embassy of Malaysia.